We had a full house for Professor Barry Wellman’s talk on digital media and networked individualism. He was introduced brilliantly by his former student, MSU’s Professor Keith Hampton, and provided an entertaining and informative overview of his thesis on networked individualism. His emphasis was on the degree that the pundits continue to press the theme of the Internet and social media isolating individuals, and his own research, which demonstrates the opposite: digital media tends to connect people and reinforce family and friendship ties as well as introducing people to new friends and associates. 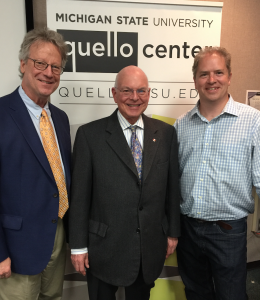 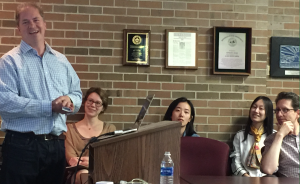 Professor Wellman speaking about his book 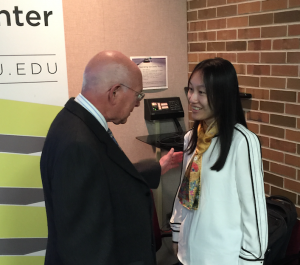 Barry speaking with colleagues after the talk