Email Us quello@msu.edu
Follow Us
quello@msu.edu
DONATE
The James H. and Mary B. Quello Center is focused on research that stimulates and informs public debate on media, communication and information policy. Our research often challenges assumptions about the role of technology, policy and regulation for citizens, communities, and society in pursuit of optimizing the full benefits of advanced communications in the digital age. Quello Center researchers collaborate across Michigan State University, with other centers of excellence, and with stakeholders to advance the political, social and economic potential of the Internet and related technologies and services. Current research addresses next-generation networks (5G, Internet of Things), network neutrality, digital inclusion, the opportunities of next-generation media, and data ethics.
Richard E. Wiley recognized with Honorary Alumni Award 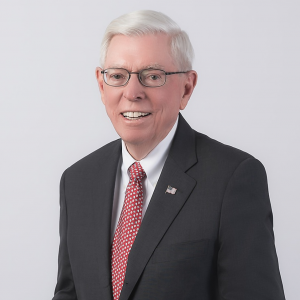 Congratulations and a big thank you to Richard E. Wiley! In recognition of his contributions to communications policy and the Quello Center, Dick will receive the College of Communication Arts and Sciences Honorary Alumni Award on Friday, October 23, 2020. The virtual ceremony will start at 6 PM and will be streamed on Facebook Live.

In 1983, Richard E. Wiley co-founded Wiley Rein, L.L.P., a Washington, D.C. law firm with the largest communications practice in the United States. He served as Chairman, Commissioner and General Counsel for the Federal Communications Commission (FCC) from 1970-1977. Between 1987 and 1995, he chaired the FCC’s Advisory Committee on Advanced Television Service, which was instrumental in the transition to digital television in the United States. In addition, he served as President, Federal Bar Association (1976-1977) and Federal Communications Bar Association (FCBA) (1986-1987).

Dick has served as a member of the Quello Center Advisory Board since its establishment. During these years, he tirelessly supported the research and outreach mission of the Center. His deep knowledge of the communications industries, communications law, and the intricacies of communications policymaking have been an invaluable asset to the Center. See quello.msu.edu for more details.

School districts face difficult choices. Large scale shifts in public education to an online curriculum must consider inequalities in broadband access, devices and skills, as well as parental and caretaker involvement. However, these inequalities cannot be overcome immediately. Unless schools decide against online teaching altogether because of these concerns (a strategy that has disadvantages for connected students), they need to find responses that minimize potential disadvantages for vulnerable populations. Key considerations are (1) offering of measures to improve the capacity of teachers, parents and learners to adapt to online learning, (2) appropriate design and use of distance learning, and (3) short-term measures to improve access to broadband. Quello Center Policy Brief 01-20 lays out options for short-term and long-term responses to the crisis. 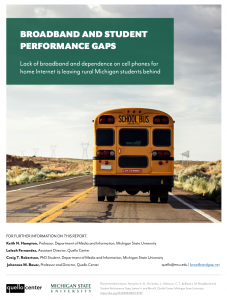 Broadband and Student Performance Gaps is the result of a project designed to understand the repercussions of poor or no home Internet access on student performance and the associated costs to society. The Quello Center at Michigan State University (MSU) and Merit Network, in December 2018, brought together the K12 Citizen Science Working Group, a small group of stakeholders from Michigan school districts. From this group, three Intermediate School Districts (ISDs) volunteered to work with the Quello Center and Merit Network to develop an approach to measure rates of home connectivity among their students and explore the relationship between connectivity and student performance. The research complements the Michigan Moonshot initiative by Merit Network, the Quello Center, and M-Lab. 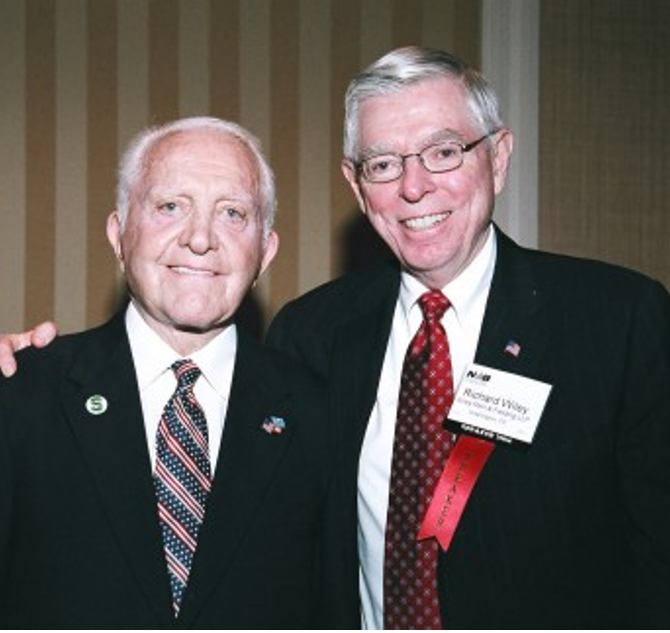 Congratulations to Richard E. Wiley, who will receive the College of Communication Arts and Sciences Honorary Alumni Award on Friday, October 23, 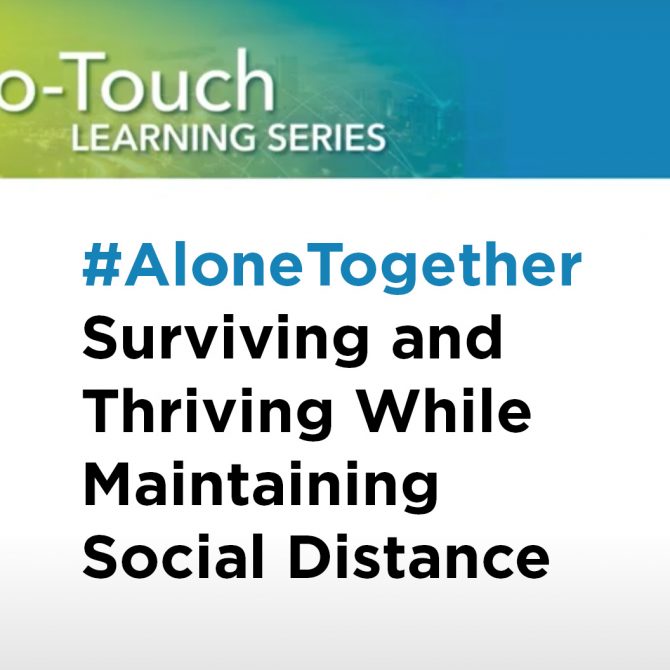 Please RSVP for this talk using the following Google form here or email quello@msu.edu ________________________________________ We have lacked good data to understand how people use technology across communities and what impact this has on local outcomes. The need has been especially critical during the pandemic when so much of life shifted online. With access to de-identiﬁed data on GoDaddy’s 20 million “ventures” (or domain name websites) since 2018, we explore over time how this digital activity matters for economic opportunity and resilience in communities. Over 75% of these ventures are commercial, and this new data captures online activity of micro- […]

A lot of countries are interested in having telecom operators share infrastructure. Some are concerned that capital costs are a barrier to competition. Others believe that sharing might result in lower prices. What are the real effects of sharing? Why is it that some operators willingly share infrastructure, but others do not? Please join Next Practices Live as Mark Jamison talks with Dr. Scott Wallsten and Dr. Johannes Bauer about this very issue. Scott is President and Senior Fellow at the Technology Policy Institute in Washington, D.C. He was the economics director for the FCC’s National Broadband Plan, served as […]