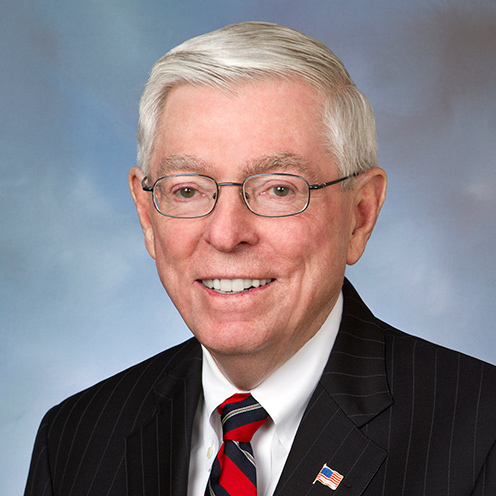 Richard E. Wiley is Chairman Emeritus of Wiley, a Washington, DC law firm with the largest communications practice in the United States. As a former Chairman, Commissioner, and General Counsel of the Federal Communications Commission (1970-77), he was a leading force in the agency’s initial efforts to foster increased competition and lessened regulation in the communications field. He was FCC Chairman when Jim Quello first became a member of the Agency in 1974. Mr. Wiley was awarded an Emmy by the Academy of Television Arts and Sciences for leading the development of the nation’s digital television transmission standard. He also has received numerous industry-related recognitions including the National Association of Broadcaster’s Distinguished Service Award, and the Consumer Electronics Association’s Gold Medal and Hall of Fame awards. Mr. Wiley graduated with distinction from Northwestern (B.S. and J.D. Degrees) and holds a Master’s Degree in Law (LL.M.) from Georgetown. He has received distinguished alumnus awards from each University as well as a Honorary Doctor of Laws from Catholic University.