Bill Dutton, Director of the Quello Center, has returned from a short visit to University of Wollongong Australia, which is located south of Sydney. He was invited by the School of Computing and Information Technology to contribute to a lecture series supported by a grant from the One Asia Foundation. He spoke on March 26th to a group of students and faculty about his concept of The Fifth Estate, and his research with colleagues on the role of search and social media in shaping public opinion, which challenges some of the conventional wisdom about filter bubbles and echo chambers.

His guest lecture was hosted by Professor Will Tibben, a colleague he had worked with at the Oxford Internet Institute on collective intelligence, and Dr Holly Tootell, as Senior Lecturer. Holly and Will both work in part through the Center for Persuasive Technology and Society at the university, which focuses on the development and assessment of information technologies applied in such areas as healthcare and ICT for development

Will Tibben and Holly Tootell, Wollongong

. The University of Wollongong is a top university in its region of Australia, and emerging among the top tier of research universities nationally.

While Wollongong was anchored historically around a major steel mill, its costal location and natural resources have helped it become more anchored in tourism, with the university attracting an international range of students on the basis of its amenities as well as the strength of its faculty. It was a long trip, but a great opportunity to catch up with colleagues and bring some of the research of the Quello Center to Australia. 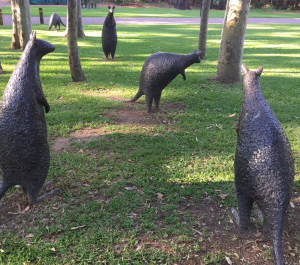 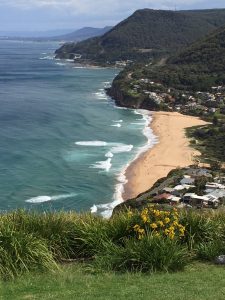