How to assess consolidation in broadcasting.

Last week, Vincent (Vinnie) Curren, Principal at Breakthrough Public Media Consulting, Inc., gave an insightful Quello Center presentation about the technological and market potential of ATSC 3.0, an IP-based standard created by the Advanced Television Systems Committee (ATSC).[1] As CNET put it, this standard was created with the idea that most devices would be Internet-connected, enabling a hybrid system whereby the main content (audio and video) would be sent over the air, but other content (advertisements) would be sent over broadband and integrated into the program. This creates some very interesting opportunities for individualized marketing, though as ATSC touts in a somewhat cutesy promotional video, ATSC 3.0 is capable of a lot more. 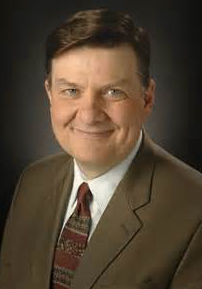 The conversation with Vinnie took an interesting turn (to me anyhow), when he contrasted the state of public broadcasting in Michigan with that in Arkansas. According to Vinnie, public broadcast station management in Michigan is highly balkanized, whereas in Arkansas, it is largely centralized. This implied far fewer individual station engineers and managers in Arkansas, where budget savings from having a smaller bureaucracy are instead applied toward better local news coverage. Effectively, Vinnie was touting the benefits of merger to (state level) monopoly.

This statement immediately set off my antitrust alarm (which sounds like this). After all, even if a merger between two firms that preserves both firms’ products (e.g., broadcast stations) can reduce costs, monopolistic ownership could still raise prices above that in a duopoly by internalizing competition between the firms. More specifically, when one firm in a duopoly raises its price, some of its customers will switch to its competitor’s product and vice versa. This competitive threat puts downward pressure on prices relative to what happens under a monopoly. When a monopolist sells both products, a rise in the price of one positively impacts demand for the other, inducing the monopolist to set higher prices unless a merger to monopoly lowers costs sufficiently to offset this anti-competitive effect. The fact that antitrust practitioners seldom consent to a merger to monopoly suggests that the anti-competitive effect usually dominates.

However, the broadcasting market is different! Broadcasters operate in a multi-sided market that is likely to become even more complicated by the spread of ATSC 3.0. First, consumers of content do not pay broadcasters to watch television. Instead, broadcasters subsidize consumers, but charge advertisers for airing commercials (though in the case of public broadcasting, this is largely supplemented by contributions from viewers like you). Broadcasters may also charge retransmission fees to cable operators who carry broadcasting content and do charge consumers for content generally. Moreover, with ATS 3.0, Internet service providers will have to be involved in this market if advertisements are to be integrated via broadband. This means that the effect of merger operates through a mechanism that is far more complex than the “internalization of competition.”

After Vinnie’s presentation I considered whether economists have attempted to tackle the issue of merger in a multi-sided market. The issue is relatively understudied, but two papers stood out in my literature search:[2]

Chandra and Collard‐Wexler (2009) theoretically explore a two-sided merger from duopoly to monopoly and then use difference-in-differences approaches to empirically investigate mergers by newspaper publishers. As in many other two-sided markets, newspaper publishers offer one side (consumers) a subsidy by charging below cost. This is because newspapers not only value readers’ circulation revenue, but also the value that advertisers place on consumers. In the model of Chandra and Collard‐Wexler (2009), the key factor that determines how newspaper mergers affect prices is how newspapers value the marginal consumer who is indifferent between two competing newspapers.

If the revenue that this consumer indirectly brings in through advertisement consumption is lower than the loss to the newspaper of subsidizing the consumer’s newspaper purchase, then competing duopolists will set higher circulation prices in equilibrium than a monopoly owner of the two papers (even absent any cost reduction by the monopolist). This result is driven in large part by the authors’ assumption that consumers who are indifferent between the two papers will turn out to be less valuable to advertisers, and hence will bring in advertising revenues that are lower than the subsidy they enjoy on the paper. The assumption is well motivated in the paper, but may not necessarily apply in broadcasting. Moreover, if the reader provides a positive value to the newspaper, then mergers can still increase prices (unless cost reduction is sufficient to counteract market power).[3]

Tremblay (2017) sets up a relatively general multi-sided platform model that he uses to measure platform market power and to assess the effect of platform mergers. In this model, multiple platforms that facilitate interactions between distinct groups (e.g., broadcasters might serve consumers of content and advertisers) compete by pricing for each interaction facilitated by the platform.

The model highlights the complexity of analyzing multi-sided markets by recognizing that demand for any interaction is a function of not only the vector of prices involved in that interaction—as in a “one-sided” market—but also of the vector of all other interaction types! Thus, not only must we consider the demand response to a change in price for that interaction, but also the demand response to the numerous potential externalities that might exist (e.g., a negative network externality can occur on media platforms where greater consumer advertisements diminish consumer usage on the platform).[4]

As such, in addition to consisting of the usual marginal cost and demand elasticity contingent markup, the equilibrium price for a specific interaction is also dictated by what Tremblay refers to as “marginal profit elsewhere,” which consists of the marginal changes that the interaction in question engenders on all other interactions. Moreover, in the case of a multi-platform seller (e.g., broadcaster that owns multiple stations), as might follow post-merger, the equilibrium price is impacted not only by the standard diversion term that gauges the extent to which a merger can internalize competition, but also by “diversion elsewhere,” which results from multi-sidedness. This “diversion elsewhere” means that some platform prices may decrease post-merger, suggesting that even without cost-reduction benefits, a horizontal platform merger may be efficient.

Certain factors complicate matters even further in broadcasting. As Vinnie pointed out, a significant part of a local television station’s advertising revenue comes from national advertisers, especially in the larger markets. In many cases, prices are not set unilaterally, but are determined through negotiations with advertisers. A larger multiple-market footprint gives larger broadcast groups leverage when they negotiate pricing for national clients. The effect of a broadcasting merger surely depends on this countervailing bargaining power as well as on whether content consumers view advertising as a good or a bad.

After reading this post, a former colleague who is very knowledgeable in this area pointed out that there has been some research on the trade-offs of consolidation in two-sided markets and related issues that predates the modern multi-sided market literature.

An early two-sided market analysis by Robert Masson, Ram Mudambi, and Robert Reynolds (1990) shows that competition can sometimes lead to a price increase. Moreover, in the model, competition either makes advertisers better off while making media-consumers worse off or the other way around. An even older related piece by James Rosse (1970) seeks to estimate cost functions in the newspaper industry without cost data. Yet another article concerning the newspaper industry by Roger Blair and Richard Romano (1993), looks at newspaper monopolists, which as the authors point out, nevertheless frequently sold newspapers at below cost. I suspect that the two-sided logic for this to occur is a lot more clear to economists today than it was in 1993.

[3] Note that I have not discussed the impact of merger on the price of advertising. The authors find that the effect on advertising price is indirect: if there is an increase in a newspaper’s circulation price, this will increase the average value to advertisers of that newspaper.

[5] Commercial stations have a choice between two options with respect to making their programming available to cable and satellite systems. They can exercise “must carry.”  If they do this, the cable service provider is required to carry the broadcaster’s primary channel but does not have to pay the broadcaster any rights fees for carrying the channel.  Alternatively, cable service providers can exercise “retransmission consent.”

ATSC 3.0broadcastinghorizontal mergermulti-sided marketstwo-sided markets
Conference on Emerging Media at Peking University
The Next Generation of Broadcasting: A Talk by Vincent Curren