MSU’s Crisis Forum: Notes on a Discussion at the Quello Center

The Quello Center hosted a one-hour ‘conversation about communication and the abuse scandal’ on 9 February. A small group of colleagues shared their views on communication issues related to the sex abuse scandal as it continues to unfold at MSU. The discussion was held in the Quello Center Meeting Room under The Chatham House Rule, so that no quotes would be attributed to any participant. It was a lively discussion of sensitive topics that raised many questions. The key theme arising from the discussion was around ‘listening’.

First, it was argued by colleagues thinking hard about this issue that the most positive approach we can take to communication with not only external audiences, but also with those inside the university, is to listen, rather than focus on offering our opinions or answers. We don’t need to be a spokesperson for the University or the College. In fact, listening might well be the most valuable approach, particularly in these early days, when we are all still learning what happened. This can help us from being defensive and help demonstrate that we share many of the concerns and questions raised by others. Two days after our discussion, this theme featured in an editorial by the Lansing State Journal, entitled ‘move MSU forward by listening’ (11 Feb 2018).

Secondly, in discussing what we need to convey to all of our audiences, there was general consensus on one simple but powerful message conveyed by one of our group: “We all need to listen to women and girls.” Due process requires all parties to be heard and taken seriously when there are claims of sexual abuse.

This message resonated more or less with all on several fronts. First, it is genuinely true, and applicable to all the actors involved with this disaster, from all the institutions to all the individuals associated with the victims and survivors. It is not simply a prescription for MSU. Also, it is a clear and simple message that avoids some of the ambiguities surrounding more abstract notions of the larger systemic or structural issues. There might well be serious structural problems, but at least one participant argued that such general points seem less likely to translate into concrete behavioral norms – certainly at the individual level – than the concrete prescription that we listen to women and girls. 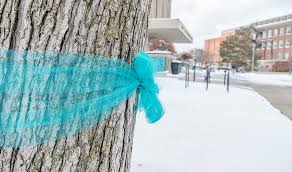 The disaster around Larry Nassar has metastasized into other issue areas, such as the general safety of women at MSU and on other college campuses, and the governance of the university, as two examples. Since it is increasingly impossible to deal with specific issues in this developing mix of related issues, it may be that listening is one of the key approaches that are relevant to all of these assorted issues.

One participant argued that this should be put more broadly, such as applying to the ‘powerless’ and not only women and girls, such as: “We need to listen and empower the powerless.” Another argued that listening is more in the control of all of us, as opposed to empowering individuals and groups, which is a more ambitious and system-centric problem.

Another participant expressed concern that mandatory reporting rules could eliminate thoughtful, supportive conversations about discrimination and harassment. Instead, conversations might be avoided or immediately escalated to a formal investigation. There is no room for actual conversation of concerning or worrisome dynamics. Yet mandatory reporting rules could have the unintended consequence of undermining discussion of sensitive topics or questions, by leading to the response: “If you disclose to me a personal experience of sexual violence or sexual harassment, then I am required to notify ___”.

Other messages found resonance with many in the room, including the simple acknowledgement that “we screwed up and we are dedicated to fixing it.” While we debated the appropriateness of any given message, we also recognized the degree that all faculty and students will be part of the conversation, and it will be exceedingly difficult to orchestrate any given message. Nevertheless, it seemed to all that whatever the message, the College needs to have an authentic voice while also enabling students and faculty to join the conversation without being silenced by fears of saying the wrong thing, or hurting someone’s feelings.

A number of other questions were raised in the discussion, including the following:

A week ago, when this conversation was scheduled, there seemed to be a need for more communication about this disaster. Since that time there has been a virtual spasm of setting up meetings, conversations, teach-ins, free speech events, and more. This is good. However, we want to avoid unnecessary duplication of efforts that are rapidly evolving across the university.

At the same time, we need to ensure that the conversation continues long after this initial flood of reactions fades, which it might well do over time. With that in mind, the Quello Center agreed to revisit this conversation in a couple of months to discuss whether there were some issues or activities not being adequately addressed. Given the many inquiries and reviews of this disaster, most only getting underway, there is a need for sustained attention over the coming years. How can we help ensure we continue to listen and learn as the lessons unfold from a predictably long, arduous, but necessary review process?

[*] Compiled by Bill on behalf of all the participants in this discussion, which included Prabu David, David Ewoldsen, Carrie Heeter, Meredith Jagutis, Bianca Reisdorf, Nancy Rhodes, and Nicole Szymczak along with Bill Dutton.