The National Security Agency (NSA) has been the center of much attention as a result of the revelations released by Mr. Snowden’s theft of classified documents. Although everyone now screams in horror about the scope of the spying, only the most naïve did not realize what was happening. At a time when the NSA is under tremendous scrutiny and criticism by civil libertarians and privacy advocates, I come to its defense with the advice: please continue to snoop; but obey the law, respect our rights, and avoid publicity. 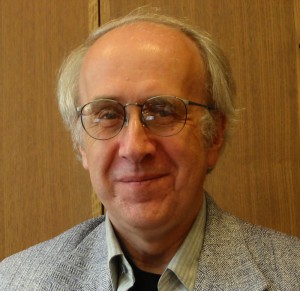 The NSA was formed after the Second World War to be responsible for breaking enemy codes and also for securing our communications. In my opinion, the NSA has done a fantastic job and helped win the Cold War. I worked closely with the NSA during the early 1970s and was impressed with its professional and technological competence – and the strong commitment of its people to obeying the law and protecting our Constitution.

For an agency that is so strongly committed to security, I was surprised by the serious lapses that enabled Mr. Snowden to have access to all he stole. That to me was the real scandal – and the NSA must have been deeply embarrassed.

Years ago, when asked what “NSA” stood for; its employees would say “No Such Agency” or the “National Salvage Agency.” Well, today we know that the NSA indeed salvages data in vast quantities and then attempts to extract information from it all. In the end, it becomes an issue of data overload and how do you extract meaningful information from all the data? How do you balance the computer processing with human intelligence? How does old-fashioned spooking interface with all the technology? How is coordination and collaboration across all the spooking agencies achieved to make sense of it all?

The reality is that nothing today is “secure.” Everybody is listening to everybody — and everybody knows that. Snowden just made this more public.
In the old days, it was voice telephone calls that were captured. But the automatic processing of speech was challenging – there were not enough people to listen to all the calls, and computers had to help perform this task. Email and texting are just text — considerably easier and thus more tempting to record everything for later processing.

The NSA has a tradition of hiding in the background and shunning publicity. All this public attention must be very troublesome. I worry that our intelligence gathering and spying might be damaged, but hope the recent attention might just challenge it to be even better.
______________________________________
A. Michael Noll is an associate of the Quello Center and Professor Emeritus of Communications at the Annenberg School for Communication and Journalism at the University of Southern California. During the early 1970s, he was on the staff of the Presidential Science Advisor and was responsible for computer security, privacy, and Cold War issues.