Tommy Edison’s Perspective on the Internet and Accessiblity: Advantage Smartphone!

My colleagues and I had a wonderful conversation with Tommy Edison, host of The Blind Film Critic, yesterday afternoon, following his presentation at UARC’s (MSU Usability/Accessibility Research and Consulting) World Usability Day conference. Blind from birth, Tommy’s website describes him as the ‘Blind Film Critic, YouTuber, Radio Personality, Public Speaker’, and he truly is a master of all. We organized this conversation to discuss his life and work and particularly the lessons he has learned about disabilities and access to the Internet. As Tommy said, ‘too few people have any experience with a blind person’, and even fewer with how a blind person uses the Internet. 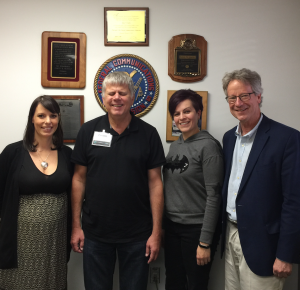 The most important insight he provided was on the centrality of the mobile smartphone for enabling better access to the Internet for the blind. As he argued, computers, such as laptops, and the Internet have become more accessible since the early days for those born blind or having lost their eyesight, but there are still major hurdles. He had always found it difficult to deal with the computer screen, for example, even though the graphical user interface has of course been one of the key breakthroughs in helping sighted people use the Internet.

A breakthrough on the computer-based Internet has been text-to-voice advances, which he uses. But in this respect, he has found the smartphone to be the most major breakthrough as he can envision the keyboard of a smart phone through touch and therefore navigate the Internet far more easily. And he can touch a key once to hear the function, and twice to complete it.

I asked about the use of voice search, and whether this provided a similar breakthrough for him. However, his concerns over privacy trumped the value of voice search. So, as we increasingly design Web sites and blogs for mobile first access, we are often making the Internet more usable for those with impaired sight.

Tommy Edison has been blind since birth and now producing videos online that reveal a glimpse into his life and the funny challenges that he faces daily. Tommy has showed us what it’s like for someone who is blind to use an ATM for the time and how some people who are visually impaired may organize their money. Plus, Tommy is living his dream of reviewing movies as the Blind Film Critic. With his unique and interesting perspective, Tommy says “I watch movies and pay attention to them in a different way than sighted people do. I’m not distracted by all the beautiful shots and attractive people. I watch a movie for the writing and acting.” In addition to being the Blind Film Critic, Tommy has been a radio professional for nearly 25 years, having spent the last 19 at STAR 99.9 FM in Connecticut as a traffic reporter. Tommy’s engaging personality, along with his on-air excellence and entertaining demeanor has garnered him much media attention. 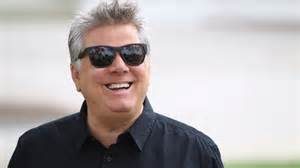 The Center thanks the Quello Center’s Valeta Wensloff and Graham Pierce, the Assistant Director of Usability/Accessibility Research and Consulting at MSU for helping to bring this conversation together.