ICT4D in Agriculture by Avshalom Ginosar

Do you have any idea what ICT4DAg is? Well, I have had no idea until I attended a fascinating seminar with Professor Charles Steinfield that focused on his projects in sub-Saharan countries. It was the third Quello/Law School VIPP seminar.

So, all of you are familiar with ICT, and ICT4Ag stands for ICT for Development in Agriculture. And in simple words, Prof. Steinfield and his colleagues study the use of new communication technologies and devices – mobile phones in particular – in rural areas in East Africa. However, they do not study merely the social uses; rather, what is more interesting are the uses that aim at improving agriculture (as well as education, for example) in these poor areas and by that improving their standards of life. For example, providing professional advice, market and financial information, weather conditions, and so forth.

There are three main gaps that prevent a more success in these efforts. First is the huge gap between the developed world and the developing world regarding the penetration of new technologies; second is the gender gap regarding access to these technologies; and third is a gap in access and use of these devices between different countries within the same region (Kenya vs. Malawi, for example) and between cities and rural regions within the same country.

Anyway, there is an optimistic angle to this story as well, and it is associated with the old media of radio and television. Professor Steinfield told us about Shamba shape up, a reality TV program in Kenya, which manages to achieve in a very clever and interesting way the same goal of helping these farmers in their daily life in the fields and at their homes. And there are some other similar radio and television programs such as Rukaa Juu in Tanzania.

There is a lot more to tell about the issue, so if you are interested, search for Professor Steinfield’s publications on this topic. 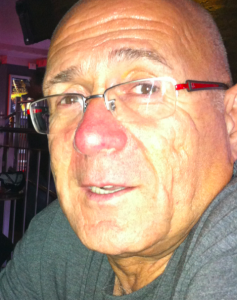