Myths of Detroit Internet Use

The Quello Center recently completed a study focused on Internet use in Detroit, Michigan. The findings may surprise anyone who believes that Detroiters are under-connected, go online primarily for entertainment or are uninterested in the Internet.

The study surveyed three Detroit neighborhoods, Cody-Rouge, Milwaukee Junction and 7/8 Mile and Woodward. Focus groups were also conducted with community stakeholders, adult residents and youth.  The results are based on a sample of 525 Detroit residents who responded to our telephone survey and nearly 30 residents who participated in focus groups.

Our study found that even among those who do not have home access, Detroiters overwhelming find a way to get online. Like other studies, our study found that only about 60 percent of Detroit households have a contract with an Internet Service Provider in their home, however, that statistic alone is misleading. When asked if they have home Internet access, about 78 percent say yes. This suggests that most find a way to access the Internet at home with or without an ISP. Even more people are online when they are traversing around the city. 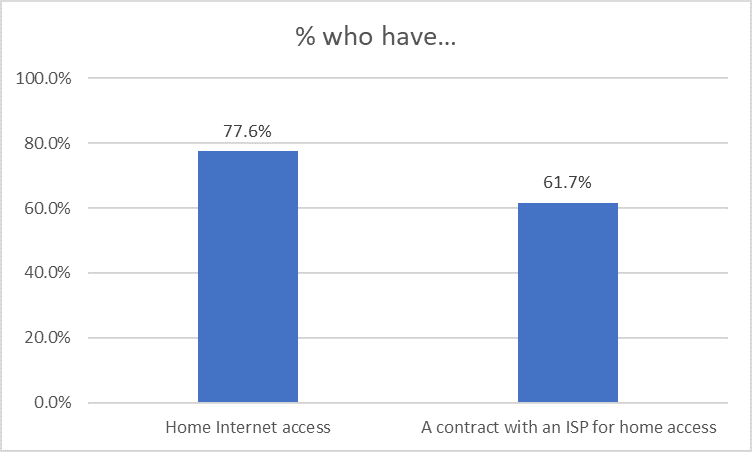 Once online, Detroiters are doing work or involved in information seeking tasks – dispelling another misperception of Internet use in Detroit. Across all of our focus groups participants report using the Internet “every day and everywhere.” When asked what they do online, the number one activity reported in the survey was checking email, followed by getting information on local events, reading the news and searching for health information. Comparatively the least reported activities included getting information on sports, streaming videos and posting photos. In other words, Detroiters use the Internet for a variety of purposes, the least of which is entertainment. 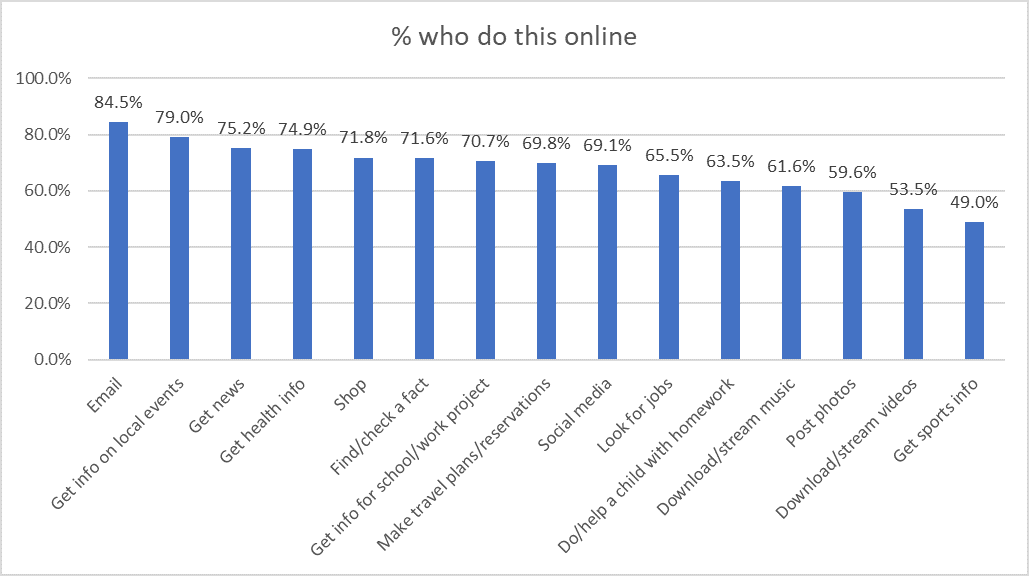 Among the participants in this study, Detroiters say they are very well aware of the benefits of Internet access. Most use the Internet regularly. Most have very positive attitudes toward the Internet, especially when compared to any stated fears. While most are regularly online and use the Internet at home, 60 percent of those who do not have home access say they would like it.

Still, access gaps and digital divides remain. These gaps and divides are more subtle than simply using or accessing the Internet. These gaps and divides manifest in the form of dependence on mobile phones, and the limitations of mobile devices when compared to, or used in combination with, home devices like desktops and laptops. Not all content is mobile friendly. Job and scholarship applications cannot be completed on mobile phones. Homework and work related spreadsheets and documents are limited, difficult or impossible to complete on a mobile phone. Creativity is stifled by the limitations of a mobile phone. In order to address these gaps, Detroiters need to recognize these limitation, and have access to home devices, particularly laptops and software to sustain work, homework and creative endeavors. 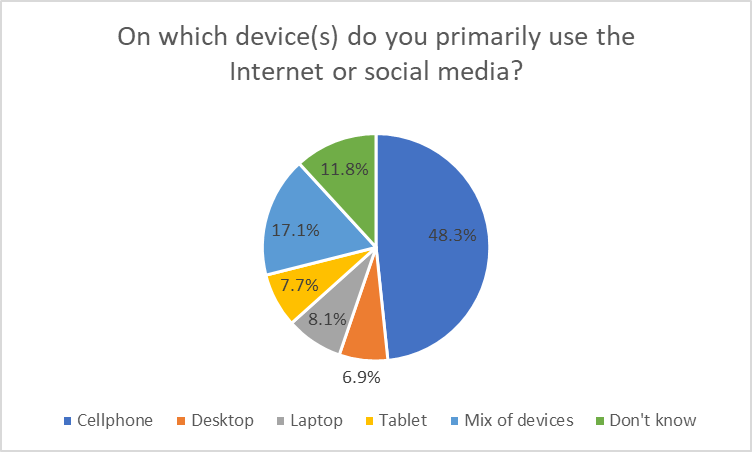 It is also worth noting that those who do have home access are paying a disproportionate amount of their income for an ISP. For example, in our survey the average household is paying $50 a month. At the same time, the average household income in Detroit is $26,000 a year, and 75 percent of our sample say their household income is average or below average (nearly 50 percent of the sample say their household makes below or far below $26,000 a year).  To put this in perspective, focus group participants admitted to delaying, avoiding or canceling other important services and necessities in order to continue to pay for home Internet or cell phone bills to use the Internet. Parents say they do it for their children. Working adults say they do it to stay competitive. Those seeking employment say they do it search for jobs and to receive calls if an opportunity becomes available. In other words, Detroiters are very well aware of the value of accessing the Internet and most are doing whatever it takes get online.

BroadbandDetroitMythsresearch
DISNEY BUYS MURDOCH by A. Michael Noll
The New Urban Myths of Detroit Internet Use