Professor Bill Dutton, Director of the Quello Center, in the College of Communication Arts and Sciences, has signed a contract with Oxford University Press for a book on his concept of the Fifth Estate. He has been speaking and conducting research over the last decade on the role of the Internet in empowering a Fifth Estate that can hold other ‘estates’ accountable, including the press, as the Fourth Estate. 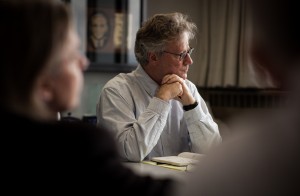 The book will develop the concept of the Fifth Estate, provide empirical evidence of its rise, and its implications across nearly every sector of society. While a growing tide of criticism is focused on the role of social media and the Internet in fueling everything from populism to fake news, the Fifth Estate provides a powerful response to the critics. Bill’s work shows the many strategies of individuals of the Fifth Estate for enabling greater accountability and communicative power to create a more pluralistic structure of social control not only in politics, but also, in nearly every institutional setting of everyday life.