Steve Wildman is about to depart from the Quello Center, the Department of Media and Information, Michigan State University and Michigan to retire in the mountains of Colorado. We expect Steve to continue as an emeritus member of our Advisory Board, and teach from a distance for the department. And while we have already had a celebration of his work at MSU, we should say more about his contributions to the Quello Center as his Odyssey continues.

First, thanks are once again due for the role Steve has played as founding director of the Quello Center. He started the center from scratch in 1999 to become a key node in a network of telecommunication policy research centers across the US and worldwide. And he contributed to its stature through his own research and publications, which led to his appointment as Chief Economist at the Federal Communications Commission in December 2012. As an economist, he has demonstrated the contributions that the social sciences can make to the interdisciplinary study of the communication revolution that has been underway during his tenure. It remains a key aim of the Quello Center to demonstrate the centrality of economics and the social sciences as a whole to understanding the factors shaping digital media and information technologies like the Internet and their societal, policy and regulatory implications.

Secondly, Steve was fond of collecting quotations of the colorful and influential long serving member of the FCC, James H. Quello, for whom the center was named. One of Steve’s favorites was James Quello’s wonderful blessing: “May the Lord be with you — but not too soon!” Another, more appropriate for today, might be James Quello’s words on departing the FCC: “I’d like my FCC legacy to read, ‘He never forgot where he came from.’” Steve embodies a Midwestern aversion to trumpeting his many accomplishments, and seems to remember where he came from, but we’d like Steve’s Quello Center legacy to read something like ‘He never forgot the center he founded.’ 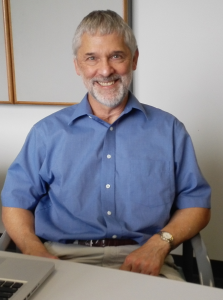 More about Steve’s time at MSU is available online, such as:

And a video tribute to Steve, compiled by Gary Reid:

James QuelloSteve WildmanWildman
CHARGING ALONG: TOO MANY RECHARGERS by A. Michael Noll
How Far Can Rocket Fiber Fly Into Detroit’s Neighborhoods? by Mitch Shapiro and Bill Dutton