Steven Wildman Appointed As Chief Economist for the FCC 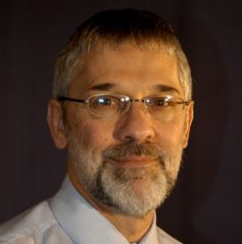 FCC Chairman Julius Genachowski announced today the appointment of Steven Wildman to the position of FCC Chief Economist. Professor Wildman, an expert on communications and media issues, will commence his role in January 2013. Chairman Genachowski said, “I’m very pleased that Steve will be joining the Commission. He has a stellar record as an economist and has conducted important research on broadband adoption and spectrum management, among other topics. The Chief Economist’s role and office are critical to the agency’s work and its understanding of complex economic issues related to the communications sector. “I would also like to commend and thank our outgoing Chief Economist Marius Schwartz. Marius was an outstanding Chief Economist, who applied his deep economic expertise and problem solving abilities daily to our most challenging initiatives. The Commission has relied heavily on his input and analysis to make key decisions, and his work substantially bolstered the FCC’s economic capabilities.”

Wildman will take over as Chief Economist from Schwartz, who is returning to his prior role as a Professor of Economics at Georgetown University. Wildman’s teaching and research focus on economics, law and policy across the communications industry, and the impact of information technologies on the organization of economic activities. He has conducted detailed research on broadband adoption examining infrastructure cost structures and demand in rural and underserved areas. He has also studied the efficiency properties of alternative spectrum governance regimes and network interconnection policy.

He has held numerous fellowships and received prominent awards, including the Information and Telecommunications Education and Research Association Distinguished Research Award, the Journal of Media Economics Award of Honor for Scholarly Contributions, and the McGannon Award for Social and Ethical Relevance in Communications Policy Research.