The Danger of Talking about ‘Junk’ News

Discussion of so-called fake news is gradually – maybe rapidly – shifting to the concept of ‘junk news’, and I fear this could be a dangerous move. I agree that the concept of fake news has many downsides, not the least of which is the degree it has been politicized. However, the shift to junk news might have even worse implications. My main concern is that it provides more of a rationale for blocking or filtering news, as if it were spam, for example.

This evening, the science reporter at PBS, Miles O’Brien, delivered an informative story about ‘Junk News‘. It was well produced, but it captured a concern of mine that has been growing throughout the debate over misinformation. It also gradually moved into a discussion of work at Facebook designed to move so called junk news off the screens of more users. Facebook representatives were thankfully adverse to agreeing they should edit the news, as if they were a newspaper, but they felt justified in looking for algorithms to diminish the visibility of news they viewed of low quality. 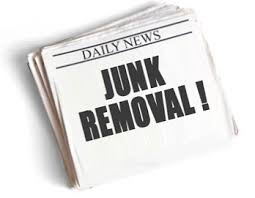 I for one am worried about this drive, as it will clearly do more than accomplish its stated objective. It will also be likely to promote mainstream news outlets even more than presently favored, since they will be safe sources. It will downgrade blogs and the opinions and views of networked individuals, which are at the heart of a more democratic collective intelligence.

So I will stop using junk news except as a target of criticism. I lean towards crowd sourced ratings of blogs and posts as I’d prefer the wisdom of the crowd over the wisdom of Facebook monitors, but that is what search seeks to accomplish. At least fake news is understood to be a politically charged concept, but junk news is a concept which also has serious political implications, if my fears are justified.

An Interview with Vint Cerf at MSU
The Innovation Garden by A. Michael Noll